A team discovered a haul of 20 new moons orbiting the ringed planet, bringing its total to 82; Jupiter, by contrast, has 79 natural satellites. Each of the newly discovered objects in orbit around Saturn is about 5km (three miles) in diameter; 17 of them orbit the planet “backwards”. The moons were discovered using the Subaru telescope on Maunakea, Hawaii. 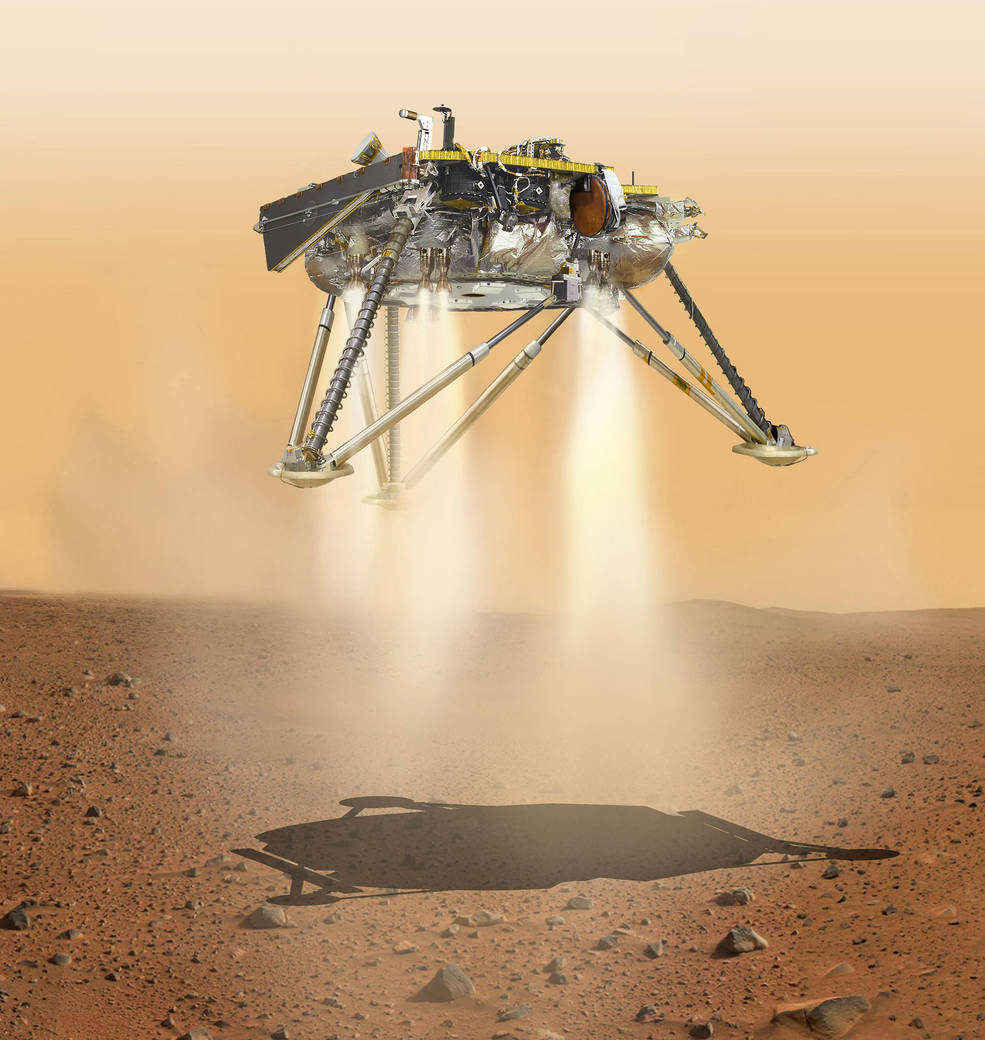 This is an illustration showing a simulated view of NASA’s InSight lander about to land on the surface of Mars. This view shows the underside of the spacecraft.   Credits: NASA/JPL-Caltech
https://www.nasa.gov/feature/jpl/five-things-to-know-about-insights-mars-landing

Parker Solar Probe, shown in this animation, became the closest-ever spacecraft to the Sun on Oct. 29, 2018, when it passed within 26.55 million miles of the Sun’s surface. Credit: NASA/JHUAPL

Mars is no place for the faint-hearted. Arid, rocky, cold and apparently lifeless, the Red Planet offers few hospitalities. Fans of extreme sports can rejoice, however, for the Red Planet will challenge even the hardiest souls among us. Home to the largest volcano in the solar system, the deepest canyon and crazy weather and temperature patterns, Mars looms as the ultimate lonely planet destination

It is relatively easy to spot five of the planets in the Solar System. Mercury, Venus, Earth, Mars, Jupiter and Saturn are all visible with the naked eye.
Under ideal conditions Uranus is just barely visible to unaided viewers, but it is best to use binoculars or a telescope. You will definitely need magnification to see the eighth planet, Neptune.
Pluto lost its planet status in 2006 and is now considered to be a dwarf planet.
The discovery of hundreds of exoplanets orbiting other stars means our eight planets have plently of company in the Universe.
http://www.bbc.co.uk/science/space/solarsystem/sun_and_planets